Bell Curve in performance management, in case you are unfamiliar, is a system of performance appraisal and a method to evaluate performance of employees by force ranking them into a bell shaped graph varying from worst performers to best performers. Generally, the distribution goes something like this:

What does “force ranking mean”?

In the bell curve appraisal method managers have to forcibly rank the employees in their teams into the above categories. The bell curve formula provides managers with a comprehensive system by grading their performance distributed along the bell curve. It helps to identify the star performers of their team to better reward them on their performance and also identify the low performers so that they may help them develop and recognise the barriers their employees might be facing.

Characteristics of the bell curve

Rewarding your star performer for their achievements is important in order to retain them and motivate them to work towards organizational goals. However, the bell curve performance review method can be errant if not used carefully or sparingly.

It assumes that the number of good performers in a company are very less and that only a few employees will be able to rise above the organizational expectations. This can sometimes lead to a wrong identification of your star performers. Other rules that are followed when using the bell curve appraisal method are as follows:

An assumption that the bell curve method comes with is that the company talent follows normal distribution. This means that the number of employees on each side of the curve are equal in number and hence its symmetrical. A company will have only a few people who will be extremely high performing, most will be average performers and very few will be poor performing.

Oftentimes, such forcible ranking forces managers to rank some employees in the way they may not want to as their team might consist of a higher number of high performing employees and they still might not be able to give them that grading.

In most cases, the HR department has to make difficult decisions as 1 out of every 10 employees have to be given a low performing grade, subject to the size of the organisation. They also have to limit the number of high performing employees to very little as otherwise they will not end up with a bell curve.

This puts the pressure on employees who sometimes may be put in a category they do not belong to while another employee may get a category that is one step above their performance.

Before the bell curve performance evaluation can be used, employees have to be informed of the exact expectations. They cannot be vague and nor can they be unachievable. For example, the sales team might be assessed based on the revenue and a manager may be assessed based on client and employee assessment. Therefore, every employee is communicated the exact expectations and those expectations are then aggregated and plotted on the bell curve.

Advantages and disadvantages of the bell curve performance approach

Every system used for the measurement of any kind of metric has its merits and demerits. Similarly, the bell curve system also has advantages and disadvantages that it brings to the table and it is important to be aware of these in order to fully utilise this tool.

The bell curve is a visual representation of the performance of employees. Therefore, it is extremely easy to identify what employees are ranked the highest. Identifying these employees easily and quickly saves managers a lot of time over decision making. They can instead focus on techniques to reward them for retention and motivation.

Custom growth and career plan can be formulated for these employees to groom them for future roles as higher ranking managers of the company as they are seen as the future leaders.

Numerous managers may be quite strict and stiff with their performance ratings whereas just as many may be too lenient with it. The bell curve method helps to keep a check on both types of managers as it forces them to make some difficult decisions and it keeps the performance ratings balanced.

This aids in avoiding mistakes and also motivates truly high performing employees as their efforts can be recognised. A strict scoring may see most of the employees on the left side of the graph and a lenient scoring may observe a cluster on the right side. These deviances can bring about drastic change in the decision making of the management and HR and they may not be as beneficial for the whole organization.

Many employees may score a low score on their performance evaluation. But that does not necessarily mean that they are “bad” at working or that they are not productive enough.

It can also be a question of them being in the wrong position at the company. Many low performers may see an improvement in their performance if assigned alternative tasks and with the help of the bell curve, identifying this phenomenon can become easy.

HR intervention can be done to identify the roadblocks and difficulties an employee may be facing in their current position and they can be assigned to roles that are better suited for them, increasing their overall productivity and performance.

Last but not the least, the bell curve performance management can also be a motivating factor for employees. Since very limited seats are available in the high performance category, employees may be eager to make the cut no matter what. This can drive enthusiasm, productivity and performance through the roof as employees try and get to the highest possible ranking in the bell curve and reap its benefits.

The system is a highly rigid system as it demands that only a certain number of employees can fit into certain categories. This makes it difficult for managers to evaluate employees which may be performing extremely close or even exactly the same.

Moreover, some employees may even be put in categories which is a step below of what they deserved simply due to the fact that the number of employees for that category was filled. This can lead to a wrong performance evaluation and may harm the decision making process.

As discussed above, while this method can be extremely motivational for some employees, it can become equally as demotivating for other employees. This is due to the rigidity of the system and wrong placement of employees, leading to demotivation and in turn, increased costs of employee turnover.

While this is an old method of performance management, it is not suitable for companies with less than 300 employees as the probability of employees being ranked incorrectly increases. The less number of employees there are, the more difficult it becomes to fill all three categories and some sacrifices would have to be made.

In simpler terms, bell curve is explained as if you have a huge dataset such as employee earnings, age, performance assessment ratings, number of faults per 1000 items, call handling time or any other data that you wish to examine. You would want to look at this data to better understand the trends, forecast future consequences and take proactive actions.

So, what are the choices for an analysis?

1. Mean: You determine the average of the data set and utilize it for forecasting behavior. This fails often as very big (or very small) numbers might distort findings.

2. Scatter or cluster chart: This might offer an indication of where most of the numbers are. But you cannot study the data further.

3. Median: You organize items in a sequence and then locate the middle. This eliminates the problem with mean but still  doesn’t enable analysis.

You can rapidly calculate the standard deviation and design a curve representing the distribution of the population by using a statistics tool or a spreadsheet application. This is the bell curve.

While the standard deviation indicates how evenly distributed the numbers are. The general principles for a standardized normal distribution are as follows:

The bell-curve technique has been abandoned by some of the most respected younger firms, like Google and Microsoft, in recent years. Large Indian employers like Infosys, Wipro, ICICI Bank and the Aditya Birla Group evaluate thousands of workers on the basis of this method in their domestic operations.

The bell curve is nothing more than a graphical depiction of the reality that no two people perform in the same way. According to Santrupt Misra, director, worldwide HR & CEO, carbon black business at Aditya Birla Group, some individuals will be great, some will be mediocre, and others would be at the bottom of the heap.

Regardless of whether or not the bell curve is the most appropriate depiction of performance or human behavior, some think that it is the most realistic alternative, particularly in service-driven industries with big workforces, while others disagree. As an example, in the information technology-enabled services market, the supply of personnel currently outpaces demand, and the capacity to discern between individuals becomes a key focus of assessments, with corporations reducing their staff base by between 3% and 5% each year.

A mechanism designed to clearly demarcate a group of relatively low achievers is required at firms like Infosys, Wipro, HCL, and others, who employ more than 100,000 employees apiece.

How can an employee distinguish himself or herself from the rest of the pack if there are no rankings and no one against which to compete?

And how does the management pick who receives what in the first place? People’s perspectives on and performance in their employment are expected to shift dramatically as a result of eliminating the bell curve, according to companies. Individual achievement will be held responsible for their own development and reward.

Mindtree, which employs over 13,500 people, employs a system based on the power law distribution approach, which is gaining popularity throughout the world. This strategy, also known as the “long-tail,” seeks to discover high performers, potential high performers, hyper-high performers, and so on until it reaches the tail end, or the lowest performing members of a population.

At Philips India, the performance management process evaluates both the delivery of outcomes in accordance with agreed-upon targets and the behaviors displayed in the process of achieving the results. When persons are evaluated based on these two criteria, they receive a complete rating that is mapped on a nine-box grid.

While the bell curve can prove to be an extremely rigid system of ranking your employees, it can also provide your managers with useful insights and make the decision making process a little easier. The bell curve can be extremely useful if its drawbacks are kept in mind and it is used in tandem with other performance management software and tools which can provide complementary data for a more comprehensive and complete look at your organization’s workforce.

Get upto 50% OFF on HRMS and Payroll Software 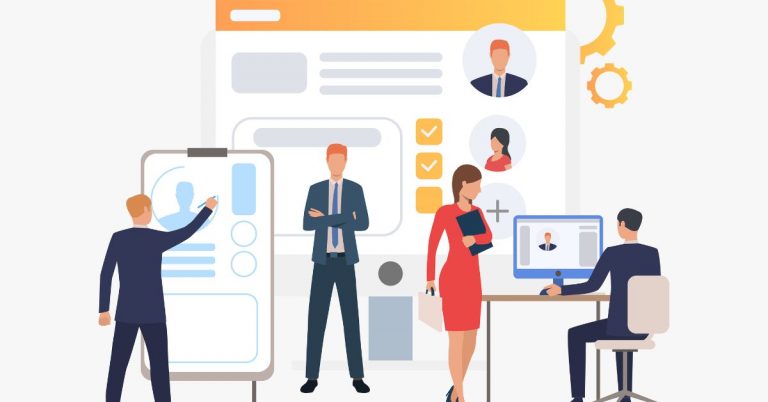 11 Best HR Software in UAE: Choose According to Your Business Needs

The human resources department has always been integral to any successful organization. From hiring top talents for your company to managing employee’s well-being, an HR 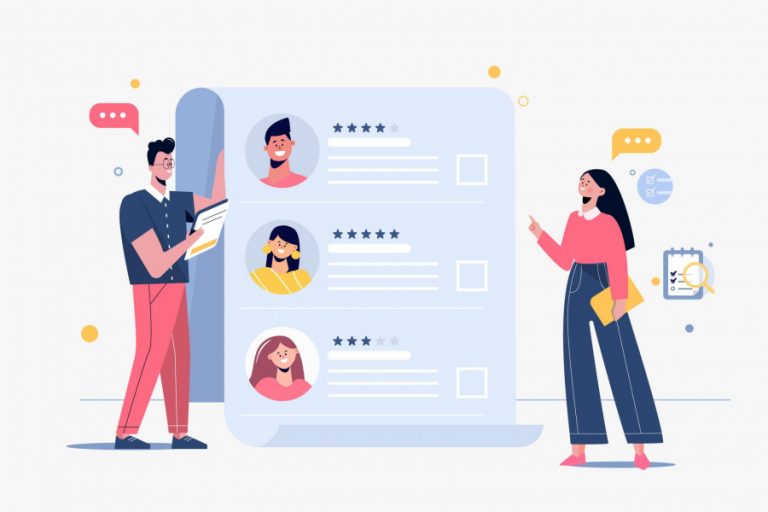 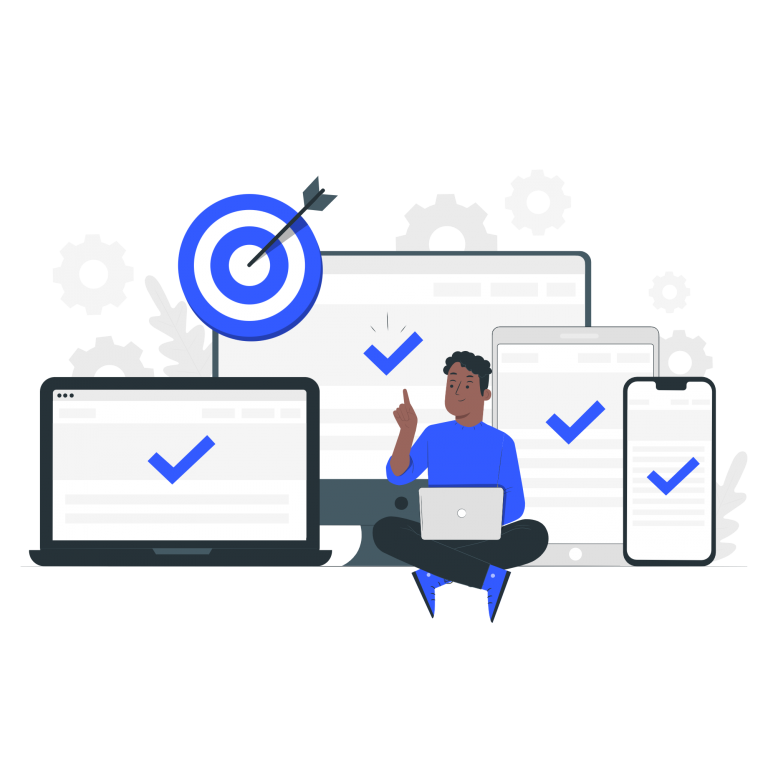 OKR Framework: How to create and implement one?

OKR software helps in building a specific OKR framework within the organization. An OKR framework helps in establishing, communicating & monitoring goals and objectives in